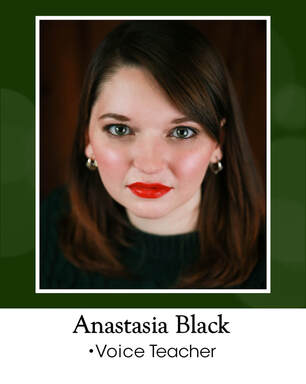 Teaching Philosophy: "I teach students to focus on achieving the sensations of healthy singing, rather than making judgments about the resulting sounds, which can often be instinctively negative, rather than objective and analytical. Once we free ourselves from negative judgments, singing becomes healthier, more creative, AND more fun! I ask students to view lessons and practice as science experiments; be playful and observant and the beautiful sounds will happen."​​

Anastasia Black, soprano, is dedicated to the performance and preservation of vocal music from the Medieval, Renaissance, and Baroque eras, especially music by female composers. In May, she gave a recital of music from the Middle Ages to the early Baroque, which included music by Hildegard von Bingen, Barbara Strozzi, and Elisabeth Jacquet de la Guerre, among others. Anastasia recently sang the role of Pasatea in Cavalli’s L'Ercole Amante with the Queen’s College Baroque Opera Workshop and the role of Abra in a staged production of Vivaldi’s oratorio, Juditha Triumphans (in collaboration with Eudamonia). Other recent performances include three collaborations with the Boston Camerata: The Play of Daniel in January 2017, The Night’s Tale in April 2016, and City of Fools: Songs of Rule and Misrule in the Middle Ages last month. Last year, Anastasia appeared in the chorus of Mozart’s Apollo et Hyacinthus with Emmanuel Music, and in the chorus of Mozart’s Idomeneo, a Boston Opera Collaborative production.

She has been teaching with Note-worthy Experiences since June 2017 and is a voice faculty member at Clark University.

Read more about Anastasia on her Teacher Feature.

Anastasia is a good teacher because she explains things so well. I like how she is patient. It’s fun to learn from her as she’s teaching different warm ups and breathing techniques and lets me choose the songs that I want to learn and practice. She is fun to work with!

- A student from Sudbury
A Bit More...
Anastasia lives with her husband, dog, and two cats in Somerville and teaches English as a Second Language in Harvard Square.  You can hear her sing Non occorre (Strozzi) by clicking on the video below. 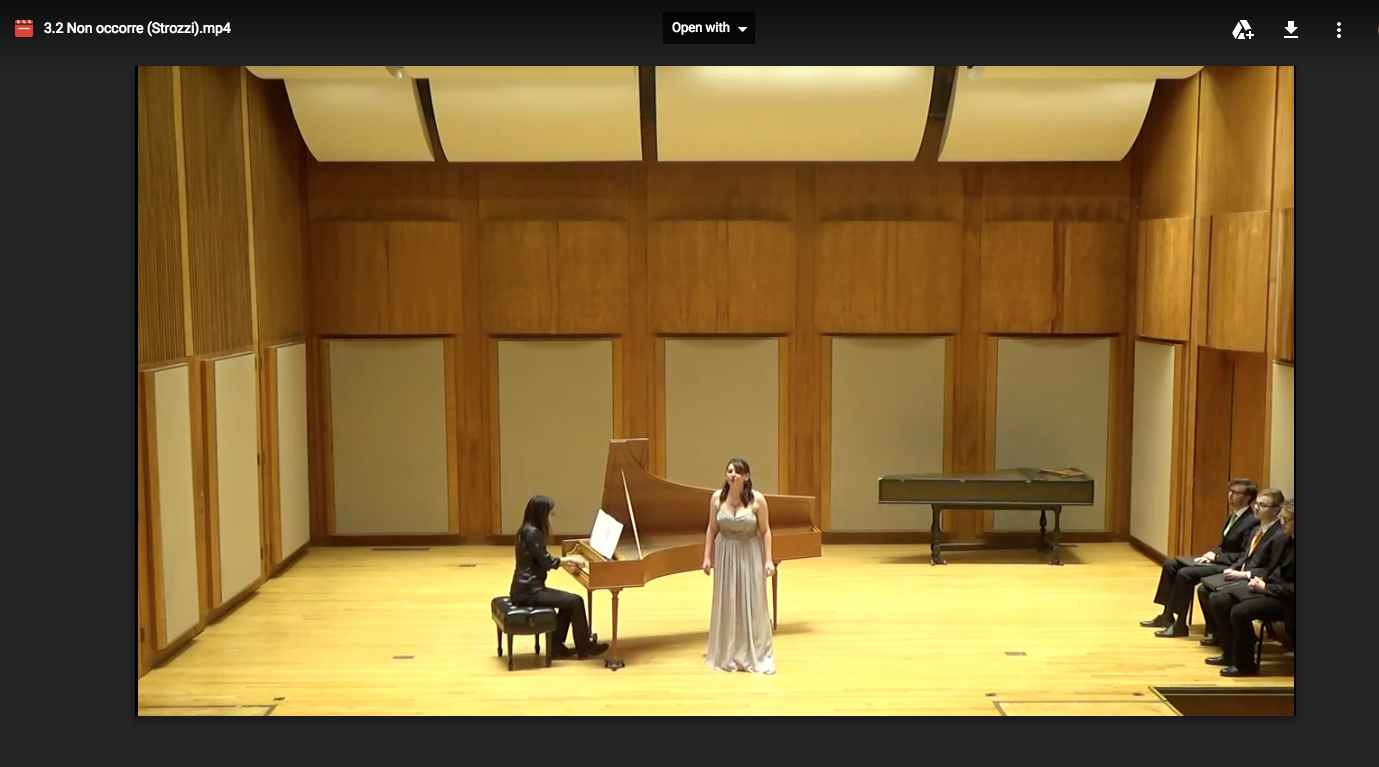