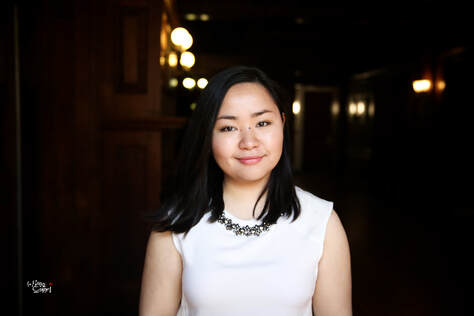 Tell us where you’re from!

The Philippines! It’s an archipelago in South East Asia north of Indonesia with 7,641 islands and about 170 languages (not counting dialects!). The Filipino culture is an odd mix of Spanish, Chinese, Malay, Muslim, American influences. We have a rich range of musical traditions ranging from vocal, to brass and bamboo instruments. We also have some virtuosic piano music and various art songs.

When did you begin to study music formally?

I was 12 when I began lessons. Before then I used to learn from my Grandma, who in her younger years was a pianist who performed for Spanish gatherings and such. I used to also try to figure things out on my own but it never really worked out until I began learning from a teacher.

How often did you practice when you were a kid?

2 hours every single night from 9pm-11pm. It turned into a routine and I made goals for myself to finish pieces within a certain number of weeks. I don’t practice that often now as I am focusing more on teaching and there's only so many hours in a day. But I do sit and play when I can.

Who were some of your most inspired teachers?

I’m a believer that different teachers serve different purposes depending on which stage you are in your never-ending study. My first teacher, Najib Ismail, I had for about 11 years, right from when I began lessons at 12 and received my Bachelors in 2013. He was a great pianist and an amazing collaborator and definitely got me started on the rigorous path of pianist. Now my next teacher, Wayman Chin, got me started on becoming a more refined musician and educator. He was very different with the way he approached pedagogy, it definitely made me think more in depth of how I was approaching music and playing because he always tried to lead me into discovering my own answers and just doing them boldly. In recent years I have also worked with other amazing teachers such as Vanessa Mulvey, who inspired me to pursue healthy playing through Body Mapping; Peter Serkin, who was an absolute treasure to meet and learn from; and of course my amazing colleagues and friends! Having the ability to discuss (and vent) with other teachers and musicians is always a highly valuable opportunity to learn and grow.

What do you hope students of today discover in music study?

That it’s not just about learning notes, pressing keys, playing fast, and all that. Personally, its finding the joy in working on something and doing it well in a way that is true to my beliefs.

Baking, cookies usually take over my kitchen during the holidays. I also craft a lot, crochet being my most recent endeavor.

Learn more about Anne Marie "Macky" on her Teacher Page.