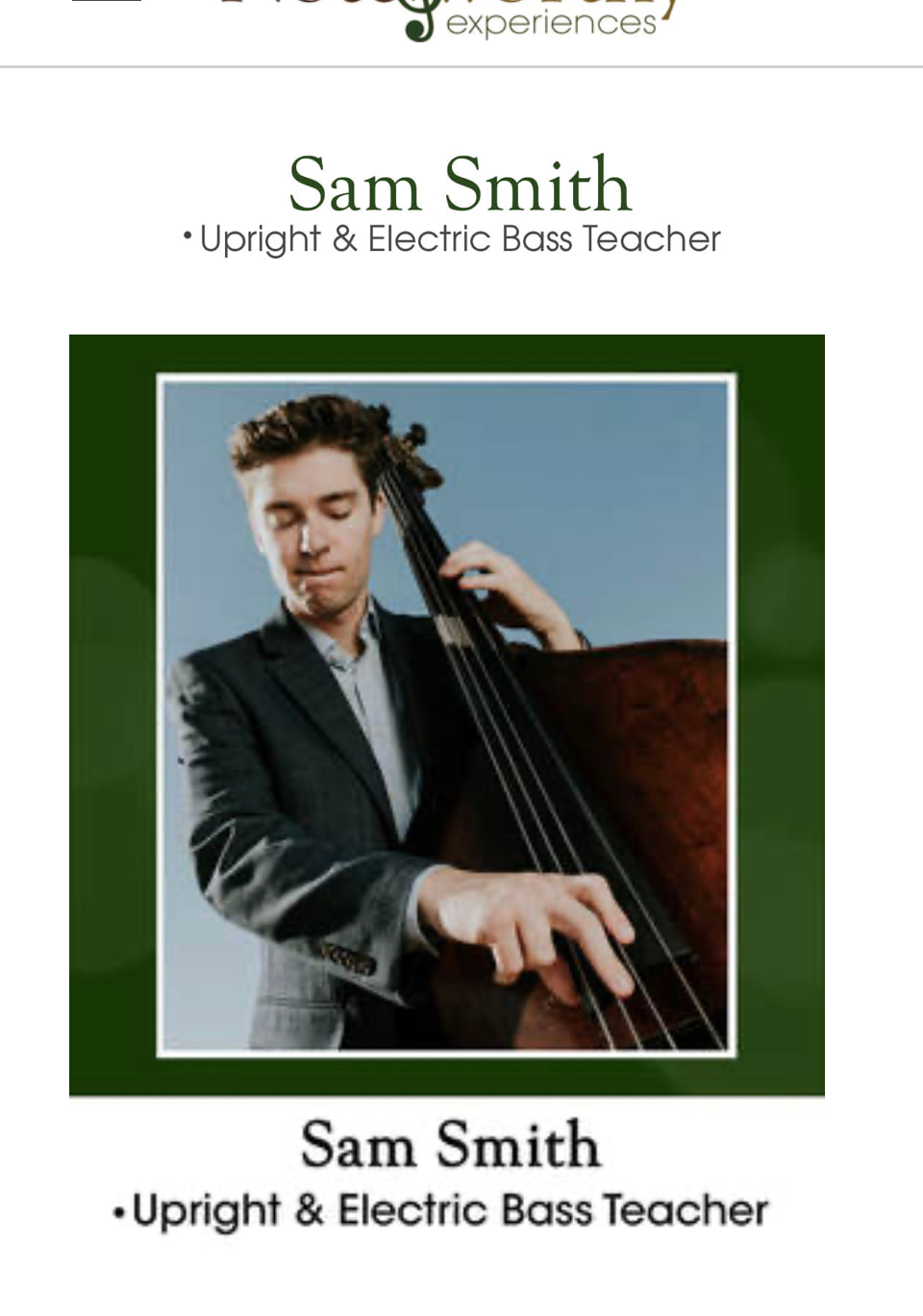 Are flute and piccolo your first instruments? If not, how did you go about picking them?

Flute and piccolo weren’t my first instruments! My first instrument was actually voice! My parents signed me up for a preschool choir because they thought it would be cute. It probably wasn’t the most musically beautiful thing ever, but having seen videos they took, it was definitely cute. I’ve sang in various choirs at school and church up until high school, but never got formal lessons on it. My first formal lessons would be a few years later on piano and harp. My mother is actually a piano and harp teacher, so naturally, she kind “suggested” I take lessons and see if I enjoyed it. I had fun, but fast forward to my rebellious age of about 8, I stormed out of my lesson saying, “You’re my mom! Not my teacher!” I shut myself in my room after that and played video games for a few hours.... Fast forward even more to the fourth grade when we were given recorders for our general music class, I turned it to the side at home and pretended I was playing flute. My parents actually said that they had a flute in the house somewhere if I was interested and the rest is history! As for the piccolo, I picked it up a few years after the flute since my middle school band needed a flutist who could play piccolo too so I expressed my interest!

How often did you practice when you were a kid and how has your practicing habits changed since you became a professional?

I honestly don’t remember much of my practice sessions for piano/harp since I only remember storming off during that one lesson, so let’s talk about flute. When I started on flute, I would practice anywhere from 30 minutes to an hour. My first teacher was really good about writing the concepts we went over in our lessons in a notebook, so I would practice things such as breathing and air support, tone production, rhythms, and scales.

As I grew older and knew that music was what I wanted to peruse, I practiced 2-4 hours depending on what particular aspect of music I needed to work on whether it was etudes, orchestral excerpts, solos, intonation/rhythm, or just working on getting a full, rich sound.

Now, having been out of school for a few years, I don’t exactly have a set practice schedule, but I try to get at about 2 hours of practicing in. Since I work full time, I have a limited amount of time to practice before or after work so I have to be methodical and deliberate about my practicing. During undergrad and grad school, I would try to get at least 3 hours in, but now that I’m out of school, I believe that practicing shouldn’t be about the quantity of hours, but the quality of practice during the time you have. If you can get both quantity of hours and quality of practice, amazing! I try to plan out my practice session by working on a few key things. Whether it’s ironing out a particular passage in a tricky orchestral excerpt, or working on getting a wider range of dynamics and tone colors in a solo piece, I give myself specific things to work on rather than aimlessly practicing. I’ll actually set a timer for 15 minutes for each passage I’m working on so I can maximize efficiency and so I don’t go bonkers practicing the same thing over and over again for who knows how long.

Do you have any memorable performances?

I have 2 that stand out for me. One was back in 2017 when I played 2 back to back recitals with my mother. We presented a concert of flute and harp duets at her old undergraduate college in Nagoya, Japan. We played a wide range of works such as Astor Piazzolla’s Histoire du Tango arranged for flute and harp, Josef Lauber’s Four Medieval Dances for Flute and Harp, and Jiro Censhu’s Zanka-Yojo (roughly translates to Late April in Blooming Still). Being able to share the stage with my mother in a place that was so special to her was an amazing feeling. I think the icing on the cake was my relatives in Japan have never seen me perform live (aside from little living room performances), so seeing the faces of all of my relatives in the audience was a moment I will never forget. Also, since the composer of Zanka-Yojo and my mother have collaborated a few times, he was in the audience and I got to meet him for the first time! Being able to perform a piece so close to my heart for him was very special.

Another memorable performance would definitely have to be in 2018 when I got called to sub with the Boston Symphony Orchestra. I had just gotten back from an audition feeling kind of bummed about not advancing out of the preliminary round when I got a call from the personnel manager of the BSO asking if I could play piccolo with them. He asked if I was available for a dress rehearsal the following morning, a concert that night, a Friday matinee, and a Saturday concert. My head was swirling with emotions but I accepted and performed the piccolo part to Sergei Prokofiev’s 5th Symphony (highly recommended piece to check out if you don’t know it). By luck I’ve played piccolo on the piece before, but just literally getting thrown onto the big stage was a little nerve wracking to say the least. Thankfully everybody in the orchestra was so kind and so supportive saying things like, “Thank you so much for playing with us! ARE YOU DOING OKAY?!” As rattled as I was leading up to each performance, once the piece started I felt like I was in a whole new world and even a different musician. Whatever doubts I had before just immediately shut off and I thought, “Sho. They called you for a reason. You got this.” Growing up, I had always known I wanted to be an orchestral musician, but playing in one of the best orchestras in the world (with less than 12 hours notice no less) surrounded by amazing, supportive musicians solidified that thought. Since one movement is pretty piccolo heavy, I got a solo bow for one of the performances so that was definitely cool!

Aside from teaching, performing, and taking auditions, what do you enjoy doing outside of music?

Do you have a favorite piece?

This is a hard one, so I’ll cheat and name a few! Some top favorite pieces would have to be Maurice Ravel’s Introduction and Allegro for Flute, Clarinet, Harp, and String Quartet. I’ve had the pleasure of playing it 4 times with different people and I’ve learned new things each and every time. The colors that Ravel is able to get from each instrument just amazes me and transports me to a different world. Claude Debussy’s Trio for Flute, Viola, and Harp is also up there for me. It’s such a staple in the flute repertoire for chamber music and for good reason! As with the Ravel, how Debussy writes for each instrument to get the best colors and expression out of each instrument always gets to me. I’ve yet to play that one, but one day! I’ve been pestering my mother to play both of those with me for years to no avail. I’ll convince her one day.....

You said you play piccolo as well! Is it normal for all flutists to be able to play the piccolo?

Not all flutists are comfortable with piccolo since they see it as a completely different instrument, so a lot of flutists don’t even want to go near the thing. I’m the complete opposite! I absolutely love playing the piccolo so much that being the piccoloist in an orchestra is actually my dream. I call the piccolo a gentle beast. It may be intimidating at first especially with the size and how high/loud the piccolo may be, but once you get used to it and get to know the instrument more, it’ll be like your best friend! I highly recommend all flutists get exposure to playing piccolo since they’ll have more performance opportunities. I remember in high school, I was in my local youth symphony program when the top orchestra needed a flutist who could play piccolo. I was in the orchestra below that one and auditioned on piccolo and was accepted to the orchestra! My high school teacher loves telling this story for “piccolo advocacy” since there’s more opportunities as a flutist if you can play the other flutes in the family (including alto flute and bass flute).

What instrument would you choose if you could turn back time and start fresh?

I would have to choose oboe, French horn, or the cello. They’re all so beautiful in their own way and have such a unique voice!

Learn more about Sho on his teacher page.