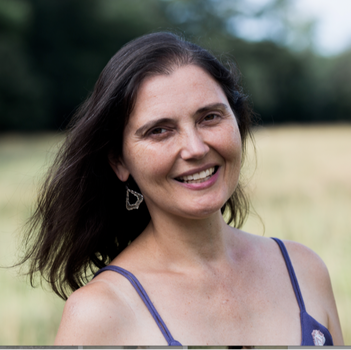 How old were you when you first got interested in music?

I remember being 7 or 8 and being in awe of kids who could play the piano that sat against the wall in one of the hallways at school.  I thought “that is SO cool — I wish I could do that.”  There was a huge pull in my heart to play piano, but my mother was less enthusiastic than I was, as she was forced to take “horrible" piano lessons when she was a kid.  She vowed that she would never torture her kids like that.  Finally, at age 9, she gave in and I started piano lessons.  It was paradise to me, and I zipped through the books as I was “addicted" to my piano and played it several times a day.  It was pure fun to me.  My mother was amazed as she thought I would quit after 2 months or so.

That same year (1978 — my 4th grade) my school introduced us to string, brass and wind instruments.  I was all excited and wanted to learn violin.  When I mentioned that to my mother she said “but we have a cello — why don’t you play that?”  I never saw my mother play cello and I had no idea that she knew how to play on some level.  She persuaded me to play cello, and I loved it.  I can’t say I played it all the time like I did with piano.  Piano felt more gratifying to me with its instant great, in-tune sound, but I still loved it.  However, in 5th grade I started string orchestra in school, and while I was principle cello — I was bored.  The violins got all the fun melodic parts and the cello parts were simply I IV V I — meaning very simple bass parts only.  We rarely got to play anything faster than half notes and I rarely got to play the melody so, at age 11 I started violin and I was SO excited!   In 8th grade I decided to take flute for fun, but that was as far as it went, and I let it go after one year.  Skipping ahead to 1987, I literally applied to college as a violin major.  I had let cello sit on the back burner even though I did play in my HS orchestra.  My senior year in high school, I decided to have a fling with private cello lessons since there was a cello teacher on campus.  Within a couple months,  I started to feel like I was a cellist in a violinist body even though my violin auditions for college were already booked.  It felt a very stressful because my heart was saying cello and my mind was saying “it’s too late to switch.”  Long story short, the heart always wins and while I was accepted as a violinist, I graduated as a cellist.

What is your favorite genre of music to play? To listen to?

When I was a kid, I LOVED Bach for all 3 instruments.  Overtime, I fell in love with Brahms.  I LOVE playing the Brahms op 118 on piano, I LOVE all the Brahms piano trios, string quartets, piano quartets, sextets and symphonies.  I could play them forever!   I tend to prefer the romantic era (1800’s)  — Brahms, Dvorak, Chopin etc…

I also love ANY music that speaks to my heart.  I didn’t know that I loved Klezmer (Eastern European Jewish music) until I was on a recording gig in NYC back in 1999 recording a Broadway demo recording.  As we were sight-reading this music on the gig (which is how things are done in the professional world), my heart already knew this style of music even though I never played Klezmer before.  Apparently, I was not the only one to notice this because the guy who wrote the show came up to me during break and said “Who are you?  You don’t look Jewish, but you play Jewish.  I want you in my show.  Do you also sing?”  While this show never made it to Broadway, another show of his, “Soul Doctor,” did land on Broadway in 2013 where I got to play cello as well as sing and dance.

Speaking of Broadway, I DO love the music of MANY Broadway shows.  When I studied in London in 1990 and saw Miss Saigon, I fell in love with that show — the story, the music — EVERYTHING about it.  I thought to myself — if I could play just one Miss Saigon show — that was all I needed to feel satisfied in life.  That wish was granted sooner than I ever would have imagined at the time.  I finished grad school at Manhattan School of Music in 1994 and months later I was asked to sub at Miss Saigon — I almost passed out.  It was a HUGE dream come true and the start of my 20 years performing on Broadway in various shows.

As for listening to music, I listen to the Beatles, Josh Groban, Celia Cruz (I love Latin music), various Broadway shows such as (Saigon, Les Miz, Wicked and more), Klezmer, classical — anything that grabs my heart.

What was your most memorable music performance?

I have several performances that feel hugely memorable to me for completely different reasons.  The first one was summer of 1991 when I was playing in the Waterloo Festival Orchestra in NJ.  We were performing a Messiaen piece called Un Sourire.  Messiaen was planning on attending the performance but he died hours before we performed it.  Messiaen was known for composing authentic bird songs, and as we were performing, I noticed the sound of a bird in total unison with the winds.  I was in shock.  When we finished the piece I mentioned it to my stand partner.  He thought I was just hearing things.  I wasn’t so ready to let it go as it felt so real to me.  Then we performed Brahms 2nd Symphony with guest conductor Karl Anton Rickenbacher, and this small bird was flying all around the orchestra, perching itself on musician’s stands and legs.  It then sat on the conductor’s score so that he couldn’t turn the page.  The orchestra members were mesmerized and the audience was laughing as well.  Richenbacher eventually put out his hand and the bird jumped on it.  He quickly turned pages of his score and conducted with one hand.  It was beyond words to witness this.  The next day I saw the review of this concert and the writer mentioned the bird being in unison with the winds and said that it must have been Messiaen in spirit.  Days later when the recording was later broadcast on NYC’s classical radio station, it was announced as “You will now hear the Waterloo Festival Orchestra performing Brahms 2 conducted by Karl Anton Rickenbacher and his fine feathered friend.  That was a concert I will never forget!

My 2nd memorable performance was in April 1996 at Carnegie’s Weill Hall.  This was hugely memorable because my piano trio (West Side Trio) practiced EVERY Monday-Fri from 8 - 10AM for the WHOLE school year and we did not miss a day.  All of us were equally committed to our trio and this concert was a result of winning the Artists International competition back in 1995.  It was our Carnegie debut as a trio and it was also our last performance as a trio as I was the only one staying in NYC.  We played great together, and were 10000% prepared so it was pure joy to do this concert.

As I mentioned before, my 3rd memorable performance was my first Miss Saigon show back in Oct 1994.  I still remember playing that first show for the first time, and hearing the sound of the helicopter that opens the show.   I also remember playing my last Saigon show in 2001 with tears in my eyes as the show was closing the following day.

My 4th memorable experience was in the winter of 2000 (I think) when another piano trio I performed with was on tour in the Midwest.   In the Midwest, people were starved for what we had to offer.  It was SO great to feel the love and appreciation from them.  As I was leaving the hotel with my cello, the woman who was manager of the hotel said “you must be that cellist.”  She let me know that her son attended our concert the previous night and he insisted that she buy him a cello because he now wanted to become a cellist.  She was overjoyed to see him so inspired and excited, and that touched my heart in a huge way.

My 5th memorable experience was performing the Radio City Christmas Spectacular.  This touched my heart because in my past many people (non-musicians) tried to persuade me to choose a more “logical” or “safe” path rather than doing this impossible music thing in NYC.  So to win this highly competitive audition after so many said it was impossible to do in my past was simply overwhelming.   I am SO glad that I followed my heart!

Teaching also touches my heart.  When I witness a beginner go from learning what Middle C is to performing a Chopin Nocturne — that touches my heart!  When a student at first thinks “ I can’t play this” and then in a matter of minutes they are playing and singing, and they realize that they can — it is pure joy to witness that.  When I leave a student’s house and the student gives me a super hard squeeze of a hug, that touches my heart.  It’s very rewarding to see students grow and evolve over time with them.  I feel so lucky to feel the love in what I do from both students and parents.

When I had a finger “injury” where my left index finger turned purple and was really painful for no apparent reason, that led me down the rabbit hole to a new passion — healing.  Medical tests showed that my finger was 100% healthy even though it was dark purple.  Medical doctors said “sorry, we can’t help you,” so I was in a place where I could quit performing or figure it out.  I chose to figure it out, and over time I learned how to access the root cause (trapped emotions, limiting beliefs, tribal programs) that live in our cells on a DNA level.  I now do healing work globally, and I am a teacher and performer locally.  My other passions are ballroom dancing, veganism and doing all that I can for animal and environmental rights.


What is your teaching philosophy?

My teaching philosophy is based on my childhood experiences.  I remember learning music quickly and easily if I loved it.  If my teacher gave me a piece that I was not passionate about, I couldn’t practice it.  Instead, I would sight-read and learn other pieces on my own without my teacher’s help.  I also remember getting a puzzle of the US states for Christmas in 2nd or 3rd grade.  I was so addicted to that puzzle that I learned all the states and capitals by accident while having fun.  I am all about following what brings me joy in my life, because I feel like joy is what guides us to living our life purpose.  I bring that philosophy into my teaching as well.  I do my best to find pieces that my students love and often ask them what they are yearning to play so that the passion and drive to practice is easily there.  When they are motivated to be able to play Brahms or Harry Potter, learning happens with ease.


Read more about Tara on her Teacher Page.