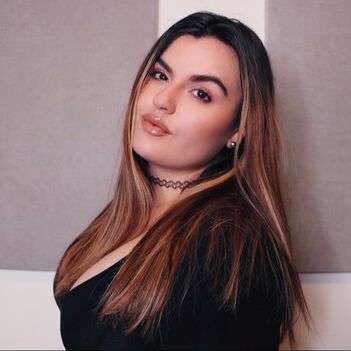 What instruments do you play, and which do you teach?

I sing and teach voice as well as play and teach the cello, the piano, and the ukulele. I also play the electric bass, but I don't teach it, I just enjoy playing it. I love playing and exploring many instruments, but my main instruments are voice, piano and cello.

What is your musical journey?

​Well, my mother is a musician. When I was little, around four years old, she had me begin taking music lessons. But I always resisted since I wanted to just play instead of taking formal lessons. So, she decided not to pursue music with me at a young age until we moved to Miami, which is when she started working in a music conservatory. The conservatory had an orchestra program which was free, so she literally gave me a cello and told me, “This is your instrument” By this time I was already 12 years old, so I started pretty late compared to many musicians, and my mother was my first teacher. Around this same time, I began studying voice and piano.

One of my most memorable moments was when I first saw the musical Wicked as a child and fell in love with it. I thought, “I want to do that.” I didn’t care about anything else, I just wanted to sing and to be on stage.

When did you first start teaching music?

My mother opened up a music school when I was 14 years old, and I began teaching there. I wouldn’t teach private lessons, but I would do group lessons, theory lessons, and lessons with very young children. So I technically started teaching at 14, but I didn't really start doing private lessons until I was 16 years old. At that time, almost all the students that I had were voice students. It wasn’t until a few years later that I began teaching other instruments. Teaching has been part of my life for a very long time, and I love it; it is very rewarding.

What is one of your most memorable music performances?

My most memorable musical theater role I have done is when I played bank manager in the musical Once. It was very challenging and nerve-wracking because I was performing with people who had performed on Broadway. It was also difficult because I had to play the cello, act, sing, and dance all at once. Not only that but I had to perform in an Irish accent. This role made me realize how much I could actually accomplish, especially since I had to overcome the accent I already have in order to do the Irish accent. Being able to see myself doing this was incredible and rewarding.

What is your favorite genre of music to listen to?

I would have to say that musical theater is my is one of my favorites, as well as pop music. I honestly like all kinds of music, that is, except country music. But if I absolutely have to pick one that I listen to every day, it would be musical theater.

What is the best advice that you have for new students who want to learn or improve their playing where they're at?

Especially for new students who are new to lessons, my best advice is to come into lessons with an open mind. Music is a difficult art, but just because it’s hard doesn’t mean that it’s impossible. I am a very supportive teacher, so even when something is hard, I try to find a way to break it down and make it easier for them. Especially when it comes to singing, a lot of the time we come into a lesson expecting to already be a big Broadway star. But we have to know that everything takes time and you have to be patient with yourself, because you will accomplish your goal, you will get there, it just takes time. I always try to find ways to motivate students, so they never lose sight of their end goal. It’s not always about becoming a concert pianist or the next big pop star, no, but I always say, “If you’re doing it, why not be great at it?” So my advice is always to come in with an open mind and to be patient.

What is your greatest accomplishment as a teacher?

​Every student has different achievements and goals that they have accomplished. Some students are extremely shy and never want to leave the practice room. My accomplishment with those students has been to get them onto a stage to perform. For me this has been incredible; for someone who vowed they would never perform, to then see them on a stage is very fulfilling.

I also had the pleasure to work with students who had the opportunity to perform on shows like the Voice Kids and to make it to lives rounds. I also had one of my students who won a golden buzzer on America’s Got Talent, which was one of the most incredible moments of my life. I had worked with her since she was very young, and she was my pride and joy student. She also made it to the Voice Kids, after we had spent many, many years perfecting her craft. Many of my students have also won local competitions, piano competition and talent competitions. But I would say that my biggest accomplishments and validations as a teacher is to have my students get the Golden Buzzer on AGT and to make it into the Voice Kids. Also, I had one student win a jazz piano competition in Miami. She was 11 years old and she beat 18-year old kids! Another student won a full scholarship to music school. As a teacher, it is very fulfilling to see my students be so successful!

To learn more about Nina, visit her Teacher Page.